It was about time, that the gentlemen of Coppelius had a concert again! This time it all happened at the Fairytale Festival in the Bischofs-Schloss at Osnabrück, nowadays the residence of the pedagogic high school with its students. The well maintained building, painted in warm yellow colours was exactly the right scenery for the festival and created a good atmosphere. In the big courtyard there were two opposite stages, where during the whole evening different artist could be admired. And the special thing: the entrance was free! That made the visitors really happy. 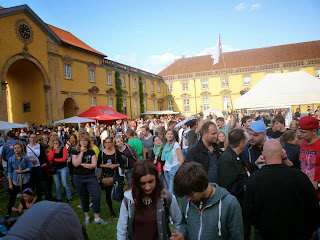 With a little delay the gentlemen of Coppelius came on stage and fired without any hesitation a fierce ‘Killers’ at the public. It was so powerful that even the stage was vibrating. What a start! The audience was immediately caught by the music. Strangely enough there were more people in front of the stage when Coppelius played in comparison with the other artists, but who is surprised about that?

It went further with ‘Bitten, danken, petitieren’ – also a lot of old pieces were played, for example ‘Innocent Exile’, that made the fans very happy. The performance of ‘Rightful King’ was also very moving – people shouted with joy, jumped, went wild, as it should be. 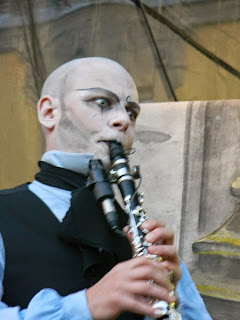 The atmosphere was from the beginning extraordinary. A lot of people were looking forward to see the gentlemen play after such a long time. And they did it wonderful. They played their concert abstinence away. Especially with Max Coppella one became the feeling that he was bursting with energy: one solo after another, it whirled through the heads of the spectators, so that they almost got dizzy – it was just amazing! My personal favourite ‘Habgier’ made everyone lose themselves in the music. Powerful and very good performed. It was so good, that a lot of the spectators in their enthusiasm forgot the world around them. 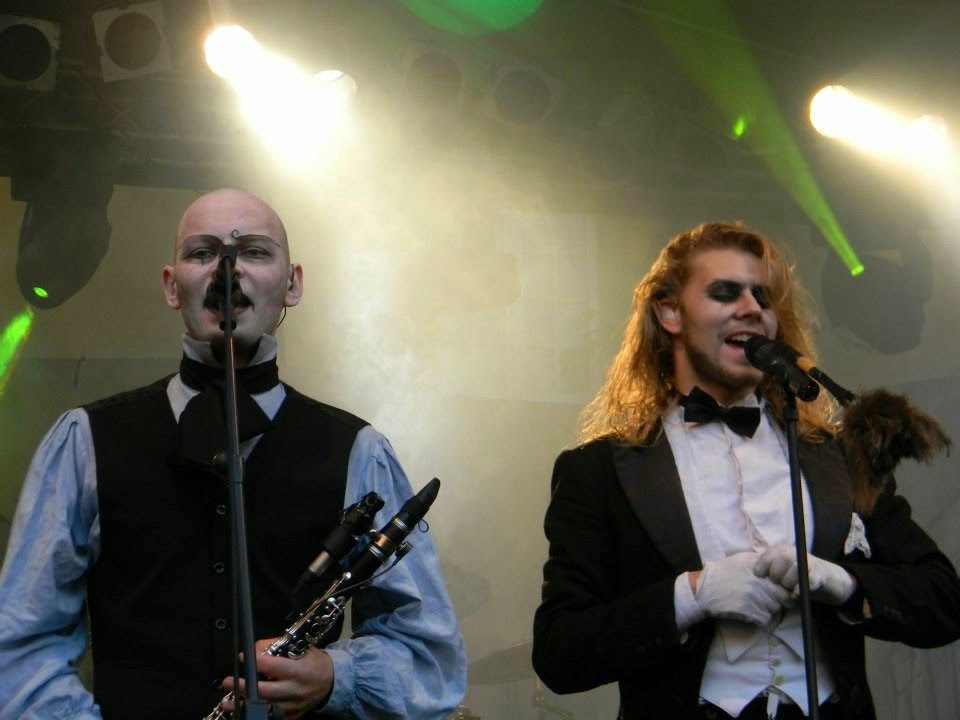 A ball, blown up by Bastille, was thrown through the public and finally find its way back to the stage. Also the ‘Advokat’ and ‘Schöne Augen’ were part of the program, as well as ‘Escapade I’. And of course the audience participated in the dazzling atmosphere. But also more calm pieces, as ‘Black is the colour’ were played. During the song, the audience was asked to be so friendly to sit down. Most of the spectators did. Illegitimate burning of money was celebrated during ‘Reichtum’, that Monsieur Le Comte still isn’t in prison…but we keep quiet about it of course.

And as always everything was over way to fast, but one has to say, it was very powerful, very good. A successful come back into the festival season, one is already looking forward to the next opportunities to see Coppelius performing! 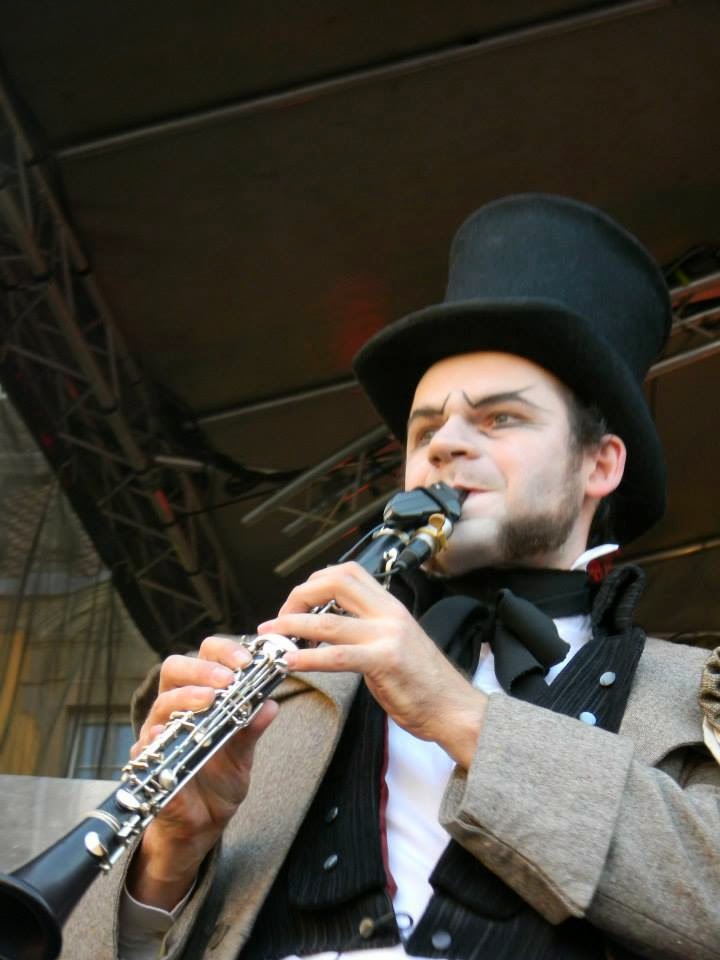 About the acoustics: the whole was acceptable, it was loud, as it should be. It was remarkable that the corroborate bass voice of Le Comte Caspar came out much better than normal. With the microphones there were some problems, but as for the rest everything was good. Also in the last rows the sound in the Schloss at Osnabrück was good, the voices were comprehensible, the audience enthusiastic. Sometimes there could be heard a few scraping noises from the loudspeakers, but it didn’t harm the cheerfulness of the audience.

At a small merchandise stand the fans could support the band by buying their merchandise. They could also meet some of the members, who, as always, like to make some time for small talk after the concerts.

It was really a pity, but not enough time was left to admire the adorable castle garden. As a spectator one was too busy with the concerts and waiting in the row to get a drink. Everything was overcrowded. Even if you waited for an hour, there were still others in front of you and at last you had to give up without a drink. Not even the card for the drinks could help. One could understand that visitors were not allowed to take their own beverages with them, because the selling of drinks was the only way the festival was financed by, but the way how it was provided was for a lot of people really bad.

Altogether it was very nice and it was really worth it to travel a long way to see the concert! It’s really an option for the future, and thanks to the band Coppelius for a marvellous concert!